So here’s my work in progress for the Nestorian Infestation invitational.

I decided to take part in this little sidequest for a couple of reasons. Firstly, to scratch my 40k itch and have a play with some new kits that I picked up. I grabbed a box of Genestealer Cultists a few weeks back with the intention of looting all the shotgun arms to put on the new Orlocks. I haven’t actually got the new Orlocks yet, but I did find myself fondly gazing at all the other nice bits on the GSC sprues, and I’ve been looking for an excuse to put some together.

Secondly, it finally gives me the chance to dip my toe in the Inq28 water and see what the temperature is like. For many a year now I’ve scrolled through blogs and flipped through the Blanchitsu pages of White Dwarf and thought, “that looks exciting and dangerous, I wonder if I’m the kind of renegade maverick that can do that jazz?” I’ve always just built to the instructions, and painted to the box colours. Do I have what it takes to go off the reservation? And we’ve always had different things on the go over here, so we’ve never really had a chance to run our own little narrative or campaign or whatever, so joining in with something pre-existing takes a lot of the pressure off and lets me have some fun.

And thirdly, I didn’t want pull too far ahead on the AoS front. I might have said back in my first blog post that if you’re doing these kind of collaborative projects, it’s no fun if some people just motor off into the distance, and as Colin and I are a bit further on with our AoS, this is a good opportunity to take my foot off the gas.

So onto the models themselves then. My idea for these four is that they’re a maintenance  crew, one anonymous little team of blue-collar scrubs that gets sent down into dripping tunnels and up into creaking air vents whenever a light globe blows or an isotropic fuel rod needs replacing. I definitely wanted them to be civilians as well, so that meant no guns, no swords, no tactical smart missiles, phase-plasma pulse rifles, RPGs, no sonic-electronic ball-breakers! And while I certainly didn’t want them to have the uniformity of a military unit, they’re also meant to be background NPCs, so I didn’t want them to be flamboyant characters either. They probably all bought their ancient HE suits from the same dodgy guilder, who sells the same recyced gear as every other dodgy guilder on this Throne-forsaken planet. 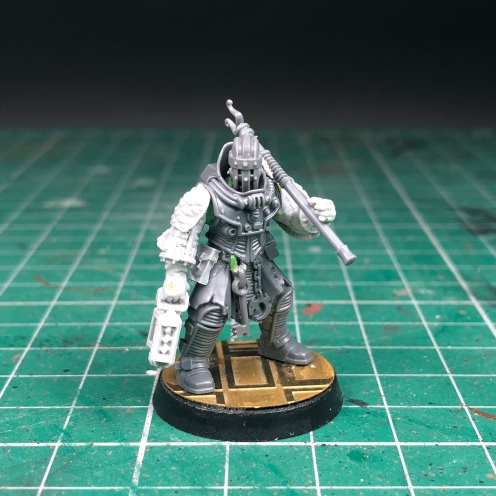 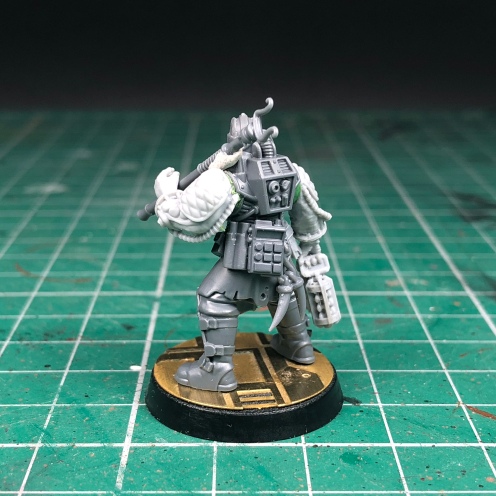 This was the first one I built. I got the idea from BigBossRedSkull’s own excellent Nestorian creation, the screamer-killer, which instantly reminded me of the necromorphs from the Dead Space games. So I figured I’d have a go at my own Isaac Clarke, and the project took on a life of its own from there, deviating from the original idea into something more ’40k’. I need to swap out the stick for something that looks more tool-like, cause at the moment it’s clearly just that bit from the Ad Mech kit. 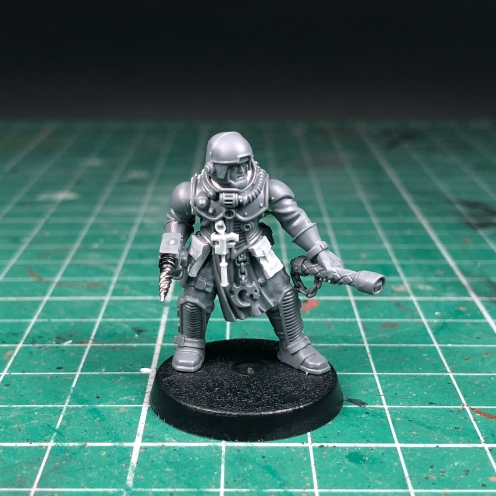 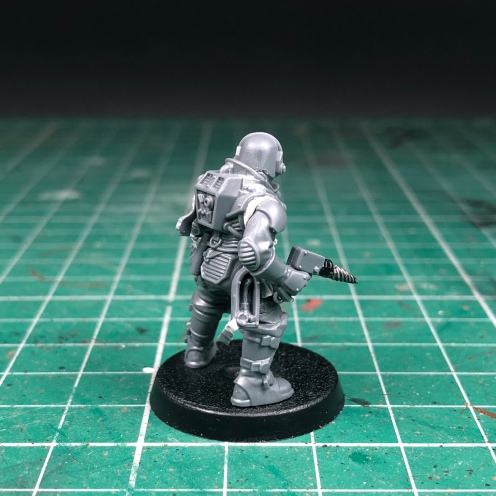 This model is the most unfinished. I’m not sure about his head, and the drill is just a placeholder until I can pinch one of the fancy nail guns from Aaron’s Endrinriggers. 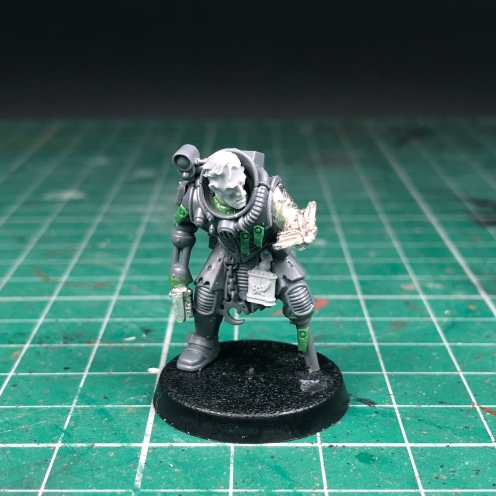 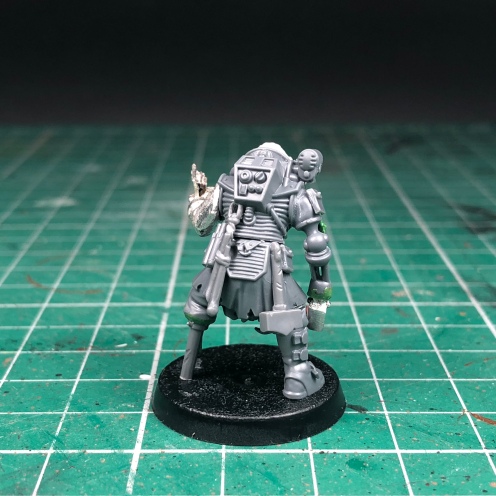 This unfortunate hiver has learned the hard way that you should always read the manual. I’ve been waiting for ages for a model to use this head on, and the troubled, confused look on his face is a perfect fit here. Lots of purity seals for better luck next time. 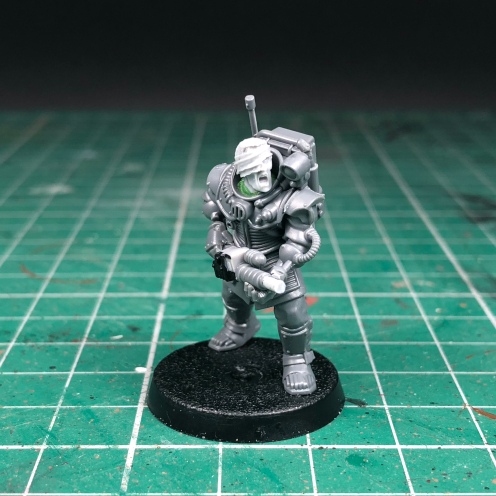 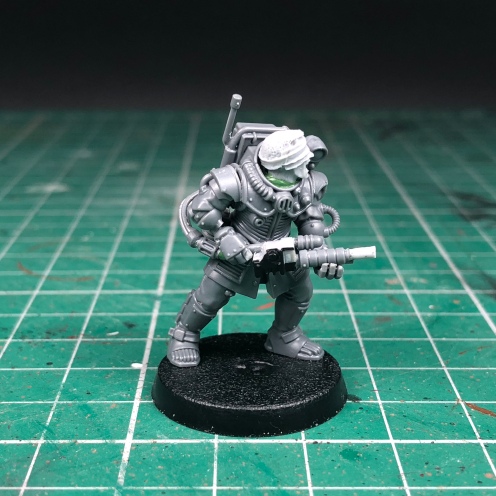 I didn’t mean for it to look like this when I started, I swear. I was just trying to make something that was definitely not a gun, and about half way through I realised what it was becoming. I really like the bionic Ranger arms on the GSC torsos, but I worry that he looks too soldiery.

Hopefully I’ll get a chance to throw some paint on them next week. They’re a little rough around the edges but I’m pretty happy with how they turned out. I had a lot of fun putting these guys together, and it gives me confidence to try similar things in the future. And finally, here are some general observations and things I learned while building these guys: