Greetings, fellow humans! This week, I have mostly been batch painting Brutes.

After last week’s thought of painting my Brutes in batches of two or three models, I decided to just dive in and finish the four of them in my first unit (the one with Brute Choppas). I’ve only managed to sit down to paint for a couple of evenings this week, but I’ve just about managed to get them all basecoated and washed. 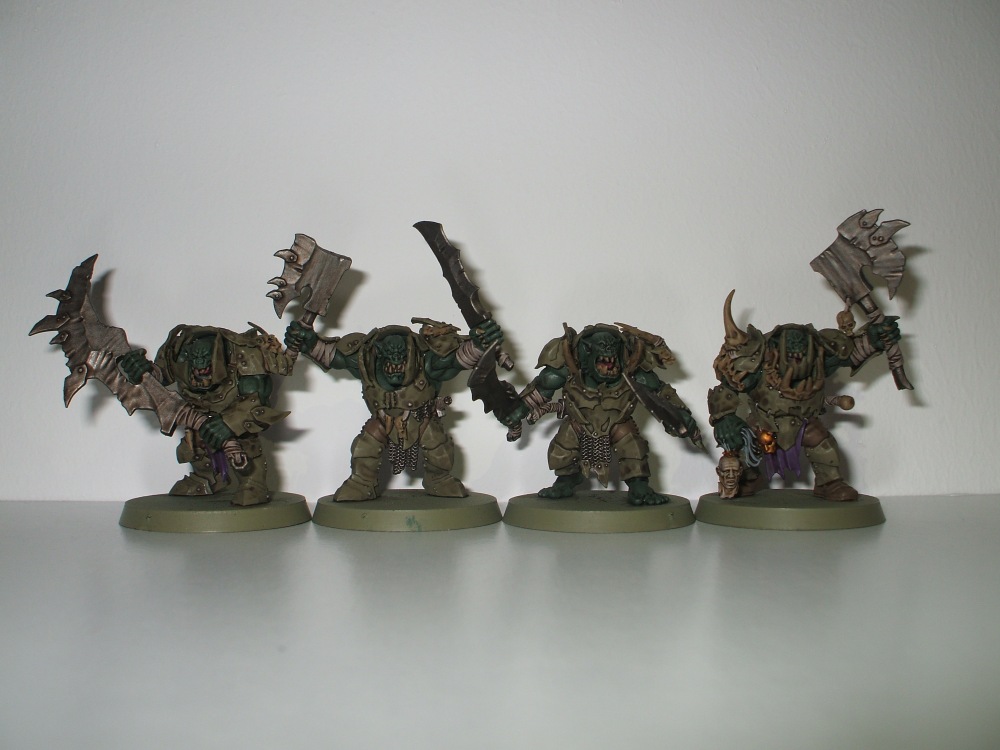 Hopefully I’ll be able to get them drybrushed and finished this weekend – and then I can start on my second unit (the one with Jagged Gore-hackas)! I’ll probably paint those as a batch of two and a batch of three though.

Now that I’ve nearly got a few units painted, it’s really motivating me to get the rest done. I can’t remember where I picked up this particular piece of advice (possibly White Dwarf), but I read somewhere the having a ton of unpainted models constantly on display can be demoralising; whereas having your painted models on display is a good motivator (as well as being handy for reference).

As a result, I’ve got Dim and Ironskull’s Boyz sat on the speakers in my kitchen – where I do my painting – to cheer me on as I paint up their mates.

In other news: it’s bloody freezing! There’s far too much wind and snow to get any kind of spraying done around here, so I just need to crack on with finishing my already assembled/undercoated Brutes…