Look at how low-res Duncan is, right there.

Basically nothing. Or, as my doctor phrased it, “not much of anything.”

I was low on Vitamin D and they advised me to take a vitamin D supplement (which, as Dr. Mark and the NHS website were both keen to point out, pretty much everyone in the UK should be doing during Autumn and Winter; what an interesting thing we could’ve learned in school instead of quadratic equations). I was also slightly low on folic acid, because, amazingly, a diet of lukewarm coffee and photosynthesised monitor glare isn’t as nutritious as salad.

But ultimately, no revelations there. Which means that the tremor is just a bit of a tremor, which is both reassuring and extremely boring.

It’s still there, but it’s also still scarcely noticeable, mostly consigned to my jaw and my thumbs where I don’t tend to remember it’s even a thing for 99.8% of tasks, and it only really comes back into focus when I pick up a paintbrush or thumb-type on my phone.

Even so, I’d fallen so far behind the other guys that I was committed to knuckling down in February and getting some stuff done. I got a bunch of minis from various armies, and set to trying them out, including the Blood Warrior I showed about a month ago. I did half a Tzaangor, most of a couple of truly crappy dwarfs, bits of a Slaughterpriest, most of a skeleton, a bit of a tomb banshee, and blah blah blah. It was a dull and frustrating February. I was practising armour colours, blood effects, various skin tones– essentially throwing a lot of things at the wall and seeing what stuck.

About a week ago, something stuck.

I hadn’t expected this specific thing to stick, so I messaged Colin, who surfaced from the 10,000,000 orruks he was drybrushing long enough to reply, telling me to do it.

But it comes with issues, I said. We’d both be playing Destruction. Except that was cool, because then we could team up against Dr. Mark and Ross, who were both playing Order.

Anyway, long story short, with Col’s blessing, I carried on. Here is the result: 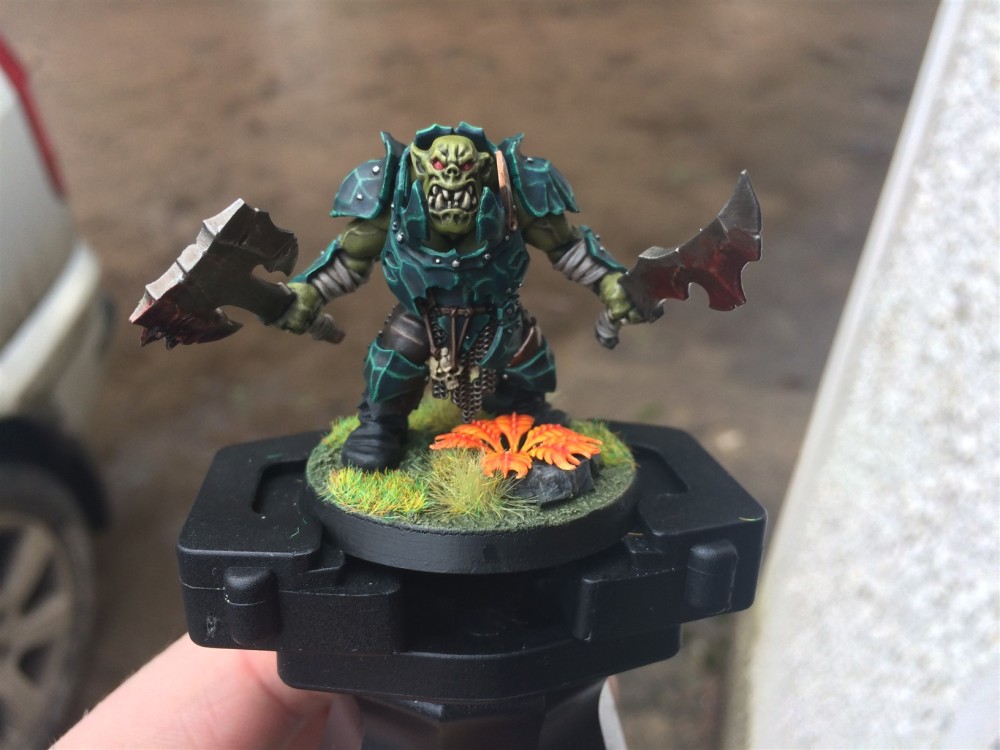 I was going to get Ross to work some of his photo magic on it, like he does with his awesomely moody Sylvaneth images, but that can wait until the Skirmish warband is done. And honestly, I was a bit too excited to wait. Actual progress was so novel, and I’d gone a month with pure silence, so I was keen to share it.

When I started messing around with the orruk models I had, I wanted colours that would go with Colin’s scheme (i.e. a lot of greens), representing two warclans that were from the same general region, and allied with each other when they weren’t beating the snot out of each other. So I didn’t want to diverge from his theme too much. I was messing around with teals and pale greens, when I came across an awesome tutorial that sold me on the idea completely. I’m sure it’ll look familiar to anyone who knows their way around the Ironjawz community: WargamerOnline did a brilliant video right here. 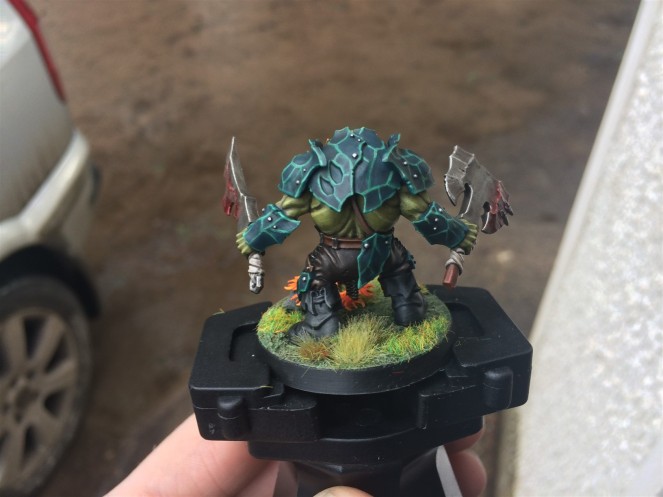 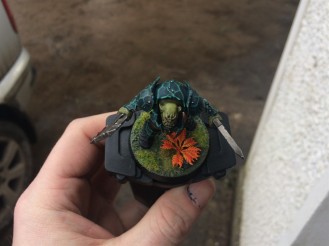 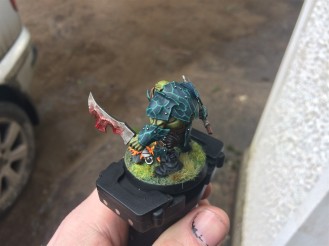 There are some Pros and Cons to playing Ironjawz. I’m committed to it now (I’ve already started my next two Brutes), but I’d be remiss if I didn’t note the Cons as well as the Pros.

The list of pros is briefer, but a bit more compelling.

My starting warband, at 35 points, is looking to be 3 Brutes and 1 Warchanter. I need to order the Warchanter this week, but I’ve got two more Brutes on the go for now.

To sign off on this update of (gasp!) unprecedented progress, here’s a screenie from when I was secretly colluding with Colin, showing him the finished article: 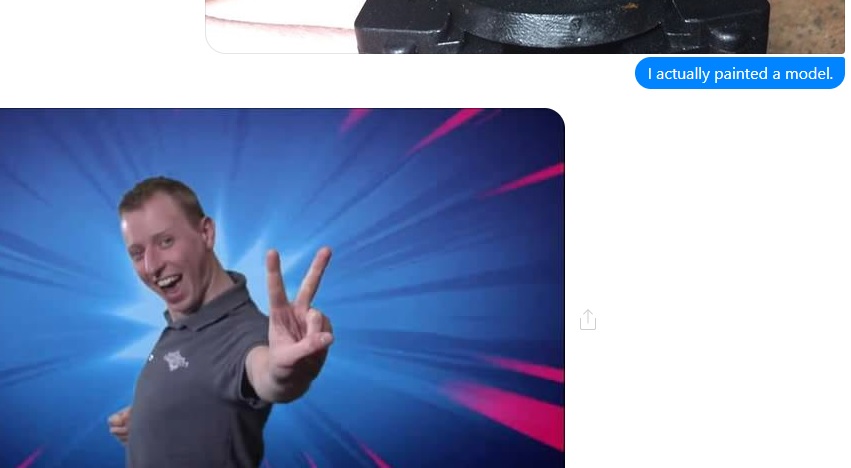 That boy Duncan gets everywhere.