Not much in the way of content from me this week folks, on account of me being a bit broken, like the earthbound eggy edgelord above*.

I was planning on getting some work started on my Beast Hunter, but Nurgle’s gifts abounded and a dream-team triple-threat match-up of acute food poisoning, flu, and an annoying pulled muscle reduced much of my week off to sitting on the sofa feeling sorry for myself. I was able to get through most of my Netflix queue though, so it wasn’t all bad.

And I did manage to get some gaming in, my health be damned. Wrapped up in enough layers to make Captain Oates sweat, I ventured forth to get in a few games of Gloomhaven and some more Pendragon action.

In the meantime I’ve been starting to scrape together the bits and bobs for some projects that I want to get going after this Beast Hunter.

First off I want to get my Necromunda gang painted up. Towards the end of the month/start of May a few friends and I are going to have a go at our own little version of the Warhammer World Necromunda Gang War event (rules here), so the Orlocks need to be in fighting shape for that. I need to (literally) arm my second champion, and I’m caught between giving him a nice big servo-claw for punchin’, or sticking with my original (and much more risk-averse) plan and loading up with a second grenade launcher. The Orlock upgrade kits might be out by the time we actually get around to doing a proper campaign, at which point I can pick up another box of ten guys, but to be safe I might just stick the arms on with blu-tac (or as I like to call it, “ghetto-magnets”).

I also want to convert up an Ammo Jack for the gang. I was happily surprised by the response to my Inq28 guys last week, so I’m keen to exercise my kit-bash muscles again and see what I can come up with. They’re surprisingly tooled up, with a bolter, power weapon and mesh armour, so I’ll have to work out how to represent that without him looking like a MilTemp Scion.

On the AoS front, between fondly gazing at the Idoneth Deepkin, I’m still getting things ready for the Skirmish weekend we’ll be having at the end of May. Colin and Mark are steaming ahead on the scenery front with Realmgates a-plenty, so I’ve been thinking about some neutral monsters that can populate our little corner of Ghur. The first one I’m going to take a stab at is a minotaur-like fiend that stalks the dark and dead places of the forest, no doubt some vile beastman spawn. There was a very average and forgettable launch title for the Xbox One called Ryse: Son of Rome that had one very cool level set in the barbarian-infested forests of England, and while an actual minotaur didn’t appear in the game, an artist called Floris Didden created this awesome piece of concept art for one. 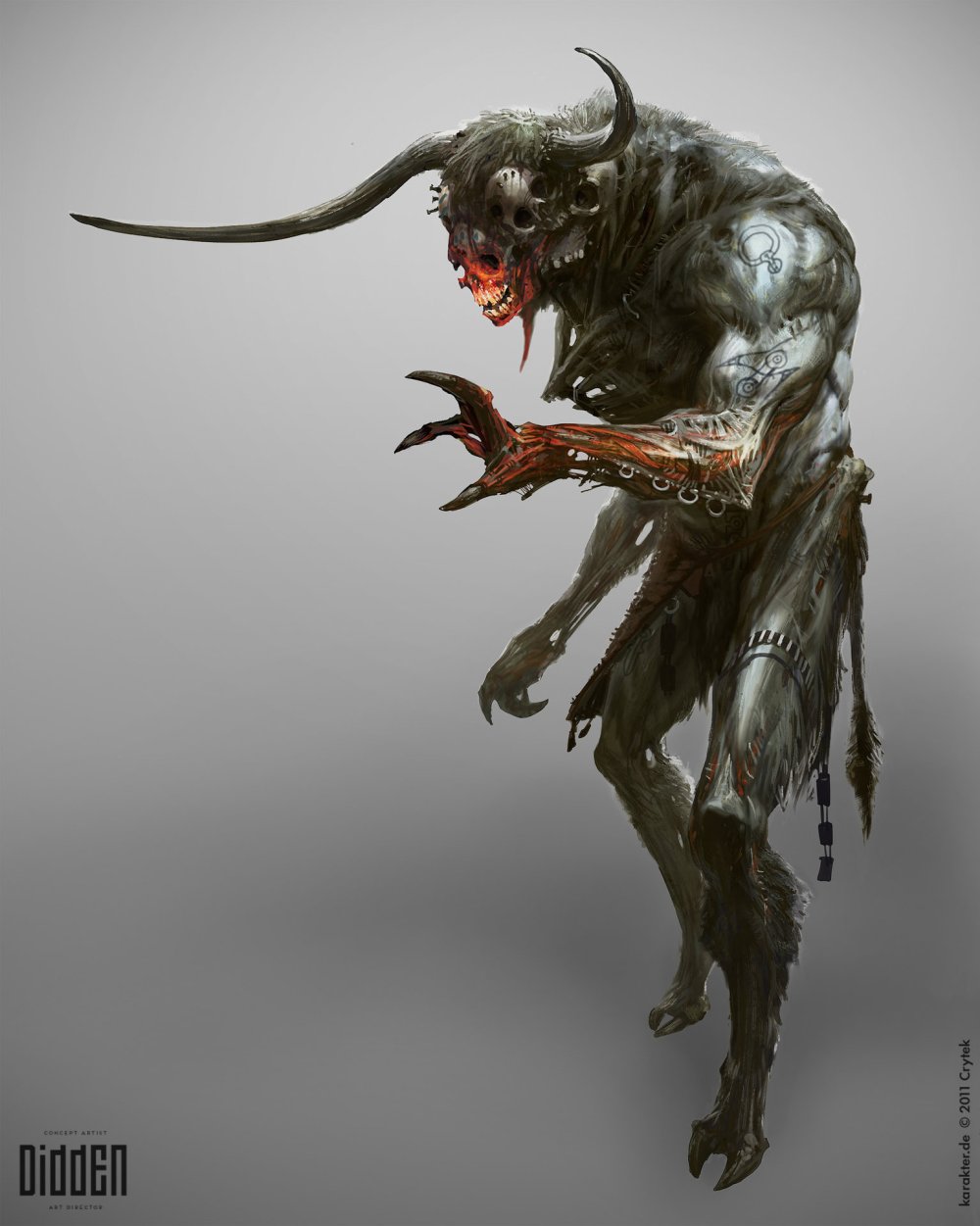 So I want to do something like this guy, but give it a bit of an AoS spin. I was originally thinking of using a Crypt Horror or the Ogroid Thaumaturge as the base model, but I think that would hew too closely to the original, so I’m going to cast my net a bit wider and see what I can come up with.

If you’ve any ideas, lemme know!

*y’know, they never actually say he’s an egg in the rhyme…