Progress once more! My Skin Wolves arrived from Forgeworld, and while they enjoy a warm, soapy bath to remove their release agent I’ve been working on their Alpha…

While I love the aesthetic of the Skin Wolves, I fancied creating a pack leader who followed the classic werewolf archetype, while still adhering to the Games Workshop model range.

As I mentioned previously, I decided to try and see if the Drukhari Clawed Fiend miniature would work alongside the converted thunderwolves and skinwolves. I’m happy to report it’s a pretty good match, looking slightly lean, but appropriately so for the more threatening pack leader. 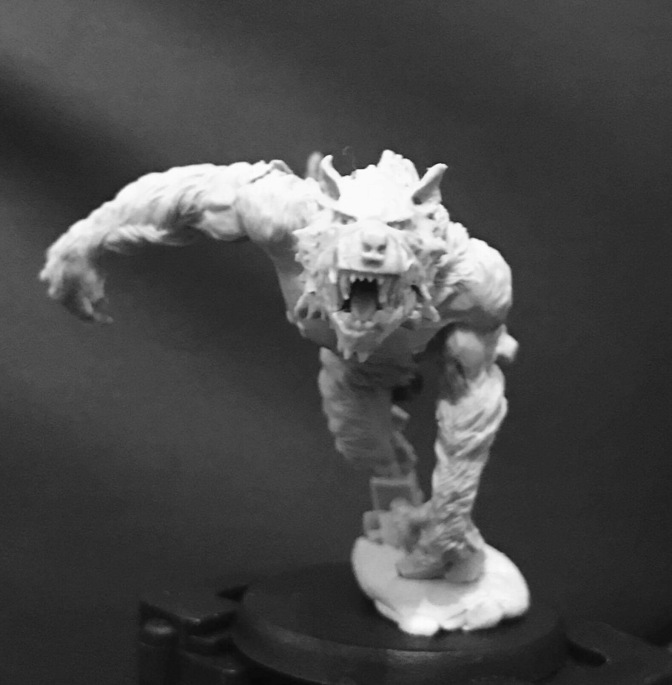 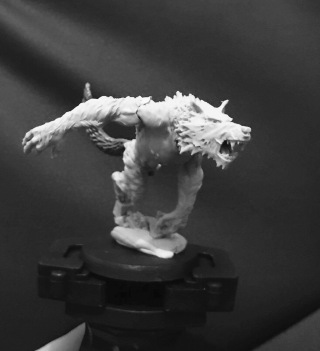 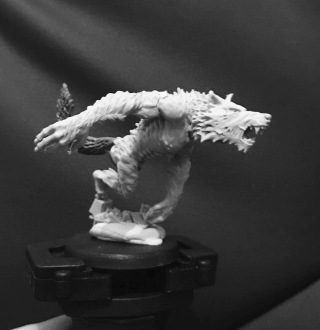 A quick head and tail swap and I’d netted myself exactly the feral look I was after.

I’ve noticed that when I’m stuck for a means to make an AoS conversion that’s distinctive, one simple rule is to look at the 40k range for parts – and vice versa. Both ranges often harbour something you’d never think of amidst your own faction’s miniature range that nevertheless echoes the aesthetic you may need.

As soon as the Skin Wolves are cleaned I’ll aim to get some undercoated and work up their paint scheme. 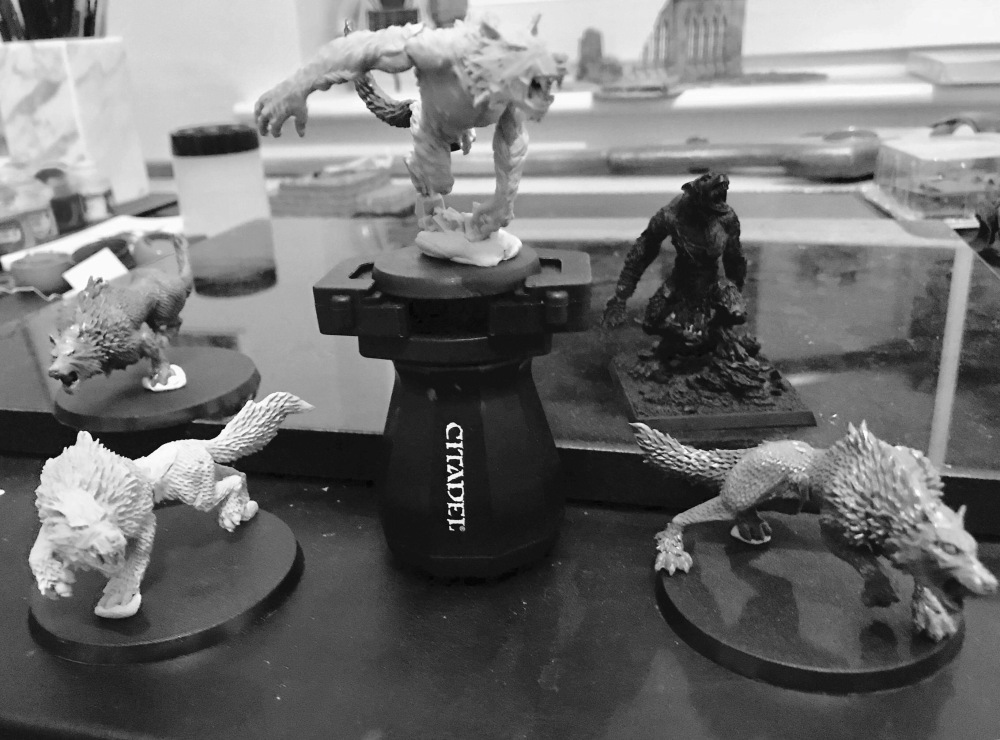 As anyone who’s perused my previous posts can easily tell, I love converting miniatures. I get a real kick out of making a standard miniature more unique. But while conversions are enjoyable, I’ve been struggling to think of how to make a Knight Aquilor that’s distinctive. Though progress on my Gryph Chargers is ongoing, the Knight Aquilor has a regal, almost tranquil mount. With my Knight Venatrix, Aetherwings, and Palladors there’s a real sense of momentum and movement, but as the Aquilor will be the effective leader of my expanded force after skirmish level games, I wanted something that would maintain the Vanguard ‘hunting party’ concept, while playing into my ‘beaks and talons’ army concept.

Serendipity takes many forms, gentle reader, and in this case my indecision allowed just enough time for this little gem to be released: 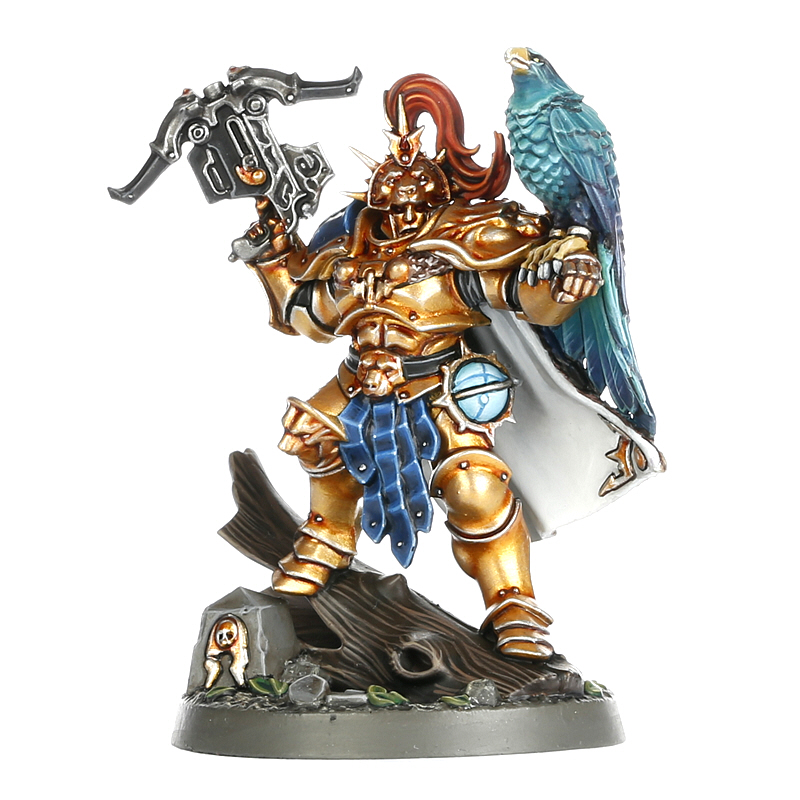 Sanson Farstrider. The aetherwing on his vambrace is ideal, and will be added to my Aquilor to reinforce the look of the Knight as the commander of the Gryph and bird themed force. Having both aspects echoed on one miniature should look great, and add to the ‘noble on the hunt, with his falcon, and loyal steed’ aesthetic on the otherwise quite static miniature.

In theory, at least…I’ve yet to see if I can pull what I’m envisaging into actual tangibility.

Glue is currently drying on the last details of my Realmgate, so tune in next post for terrain, painted Gryphs, and more…and the long overdue lore for my Vanguard chamber.

‘Til next time, hobby well,