Greetings, fellow humans! This week, I have mostly been painting the biggest (and best) Shadespire warband. Well, I actually rushed them last week so that they’d be fully painted ready for some gaming at the Aaronorium, but I saved posting them till this week. They’re still greenskins, so they still count for Orktober, right? 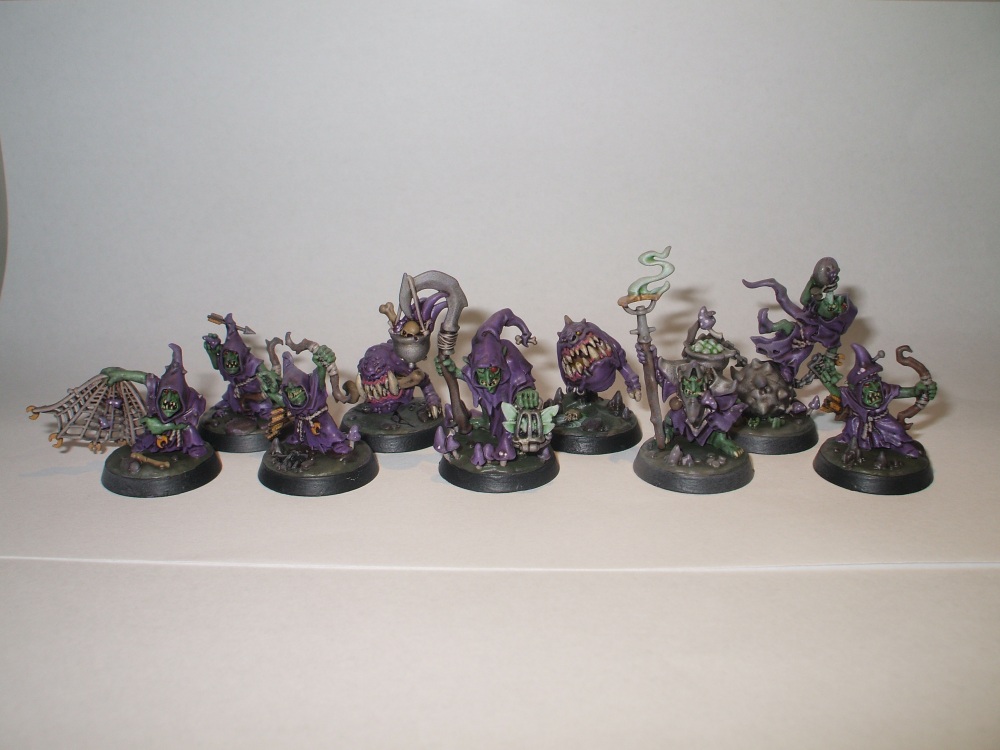 I think this could well have been the first time that I bought and painted a new kit within its week of release. I really enjoyed painting these guys, and with a purple undercoat they didn’t take me that long at all. I used Army Painter’s Alien Purple, but GW’s Xereus Purple is an almost perfect match. The models are fantastic, and so full of character. Their bases are really cool too, and it’s great to have some regular-sized Squigs in plastic.

I had my second game of Shadespire with them at the weekend: Zarbag’s Gitz versus the Thorns of the Briar Queen (played by my friend Sander).

Sander went first, using Varclav’s special ability to move several Chainrasps. Drizgit (the Squig Herder) then attacked and killed one of them, earning me my first glory point (+1GP)! Two of the Chainrasps inspired, and another charged Gobbaluk (the Squig), who successfully defended, but then failed to hit in return. Varclav charged Bonekrakka (the other Squig) but failed to hit too. Zarbag attempted a Sneaky Stabbin’, but also failed. The Briar Queen moved to objective 2 (+1GP), while Bonekrakka pushed back Varclav. 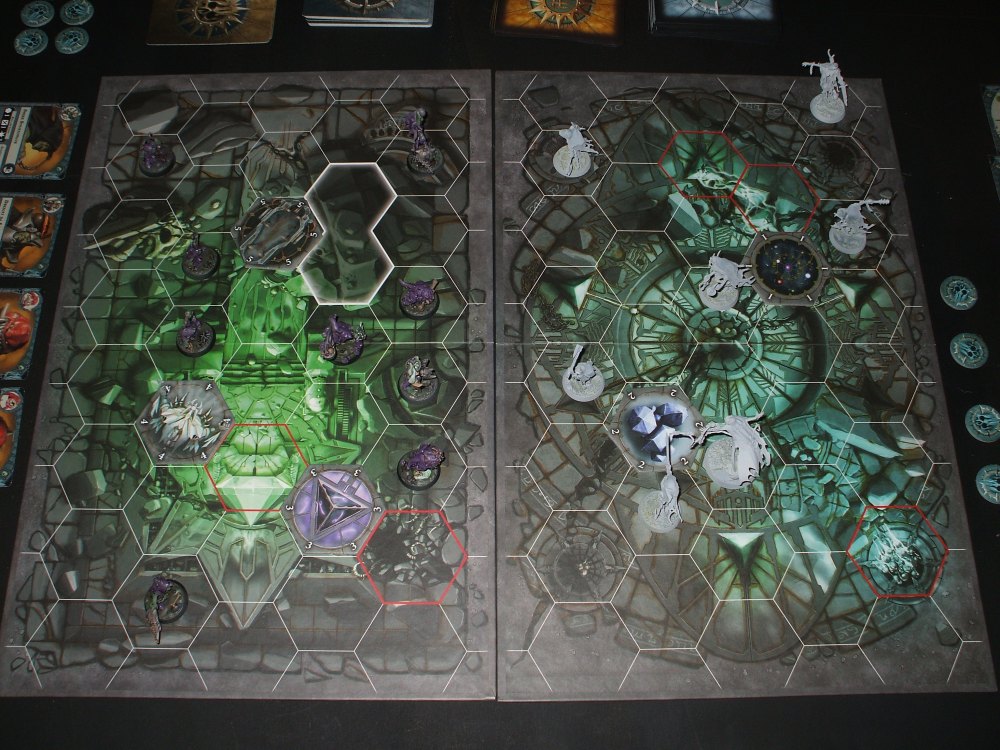 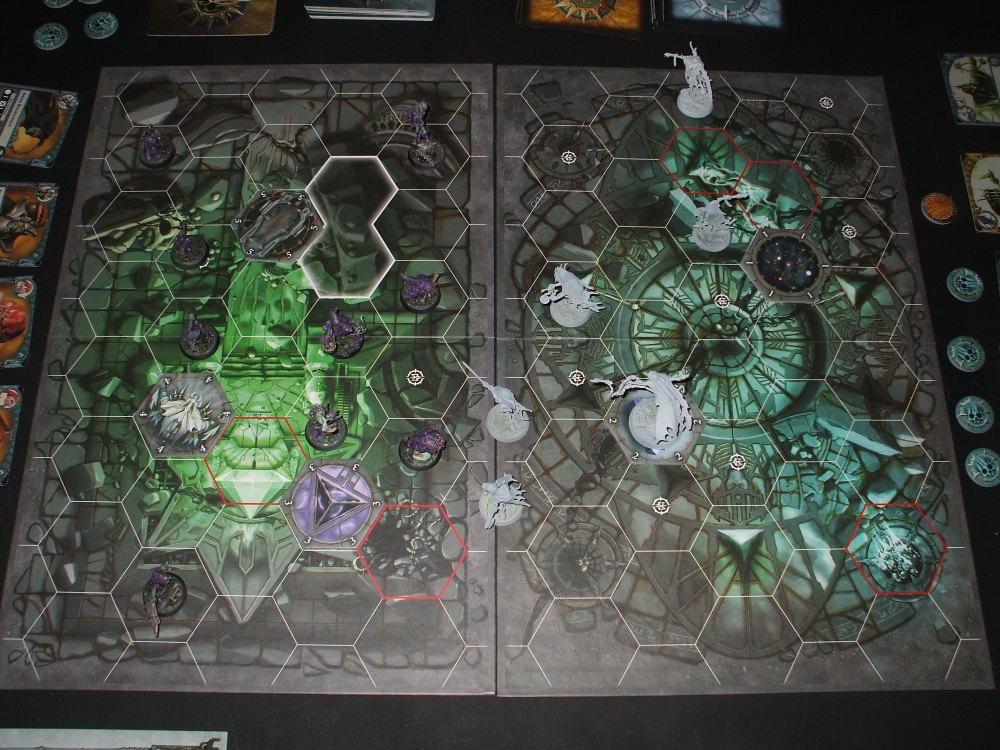 I went first in the final round too, starting with Drizgit killing the Ever-hanged #(+1GP)#. Zarbag took a Sneaky Step, with the hopes of getting onto the enemy tile to claim some glory. A Chainrasp (with two supporting models) wounded Bonekrakka, as Zarbag cast Vindictive Glare at the Ever-hanged, killing him (+1GP). He also claimed Sorcerous Scouring (+1GP). The Briar Queen wasn’t amused by this, as she proceeded to charge Zarbag and kill him dead (+1GP). She also played a re-roll card in the power phase (+1GP). Drizgit tried to avenge his boss, but only managed to push the Briar Queen back. Varclav then charged in and finished off Drizgit (+1GP), inspiring Bonekrakka, who took his anger out on a Chainrasp – obliterating it with a roll of 3 hammers! (+1GP). In the last activation of the game, a surviving Chainrasp attacks Bonekrakka but missed. 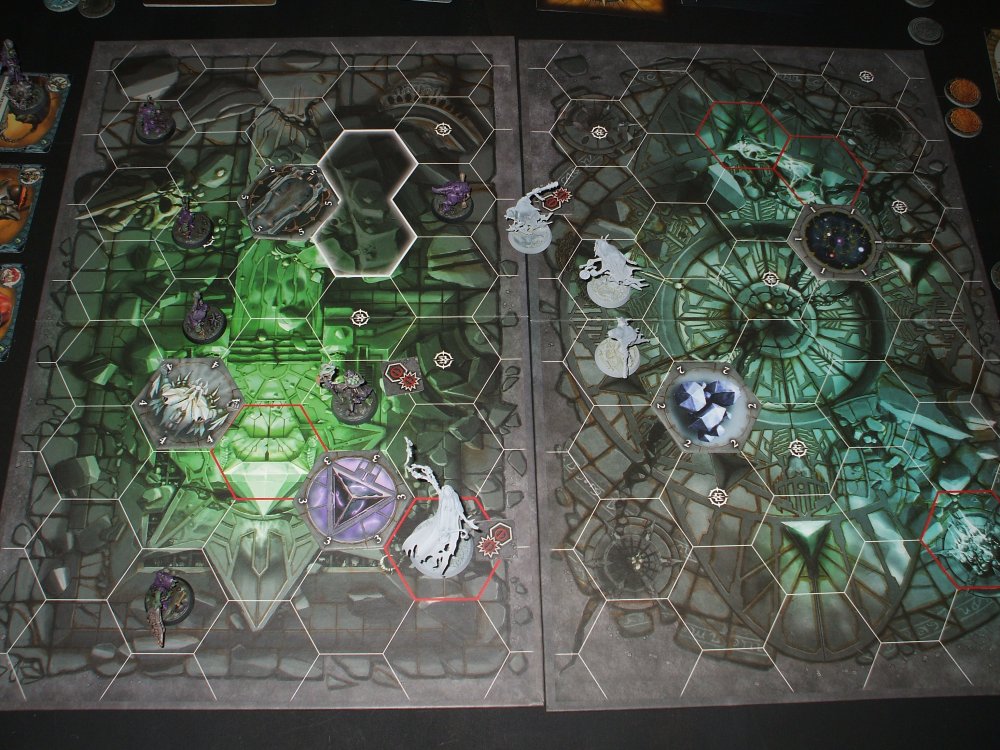 Sander managed to claim objective 3 (+1GP), and thanks to killing Zarbag, there were no enemies on his tile, allowing him to claim more glory (+3GP). The result was 10-5 to the forces of Death! It was a fun, close game, but I think I need to spend some time building my deck. I just picked the warband specific cards that came with the set, whereas I should probably stick in a bunch of generic ‘claim objective x’ cards. Especially with me having so many models to do so with. I also wasted my archers; I should have probably put them up front, as I had a card that let me fire with a second archer if he was adjacent to the first.

I pre-ordered Speed Freeks last weekend, so I’m hoping to read through that this weekend. I’m planning to paint the contents as Evil Sunz, because everyone knows da red wunz get painted fasta…

One thought on “When Grots attack.”