Greetings, fellow humans! This week, I have mostly been eating far too much cheese. I did get a rather impressive Christmas model haul however. 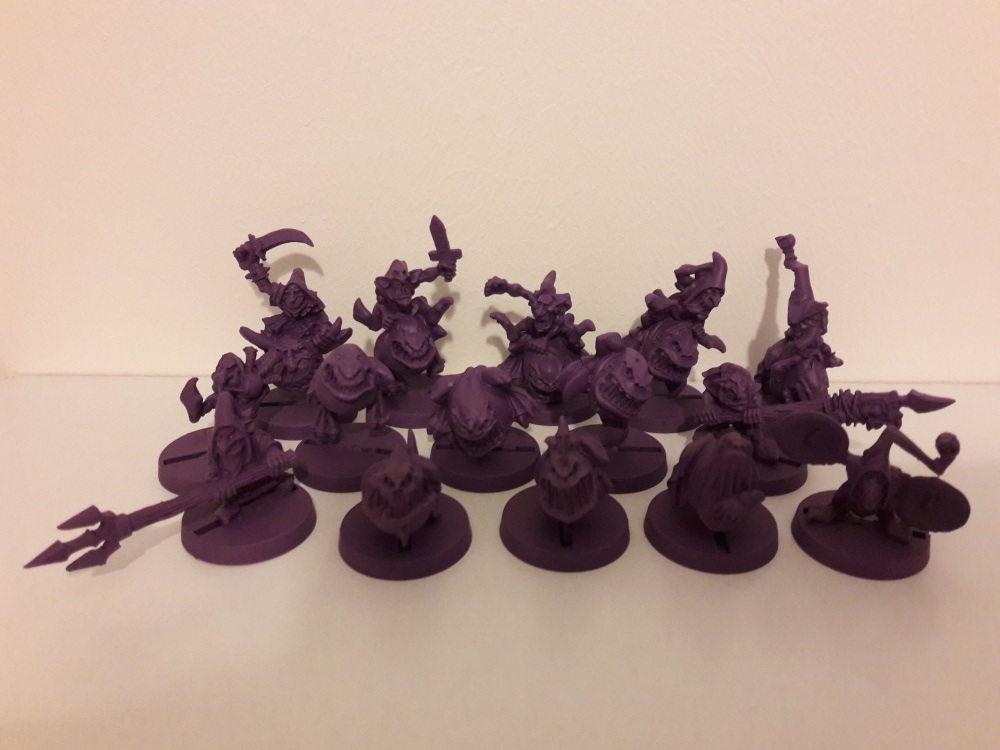 Between my girlfriend’s parents and brother, I netted a pack of Squig Hoppers and two packs of Squig Herders! I love the fact that the Squigpiper is wearing a kilt, too. I’ve managed to get them all built and undercoated between Boxing Day and today, so they’re ready to go once I’ve finished off the command group for my unit of archers. Hopefully that means that I can begin the New Year with a boing!

They should sit nicely alongside the upcoming Gloomspite Gitz kits, and give me an even greater variety of Squigs – which is always a good thing. I’ve now got a unit of Cave Squigs to pop out of King Ognob, should he ever perish in-game.

My girlfriend also got me a set of Grot Tanks, racking herself up even more cool girlfriend points. They’ll be the core of my Blood Axe army when I get around to it next year, and with the four kitbashes that I already had planned, I’ve now got the makings of my very own Armored Krumpany!

I’m hoping that these new Squigs shouldn’t take too long for me to paint. After all, they’re mostly just teef and claws…