Greetings, fellow humans! This week, I have mostly been painting all of the shiny new things! I did manage to get my (resin) Squig Hoppers painted first though, so here they are: 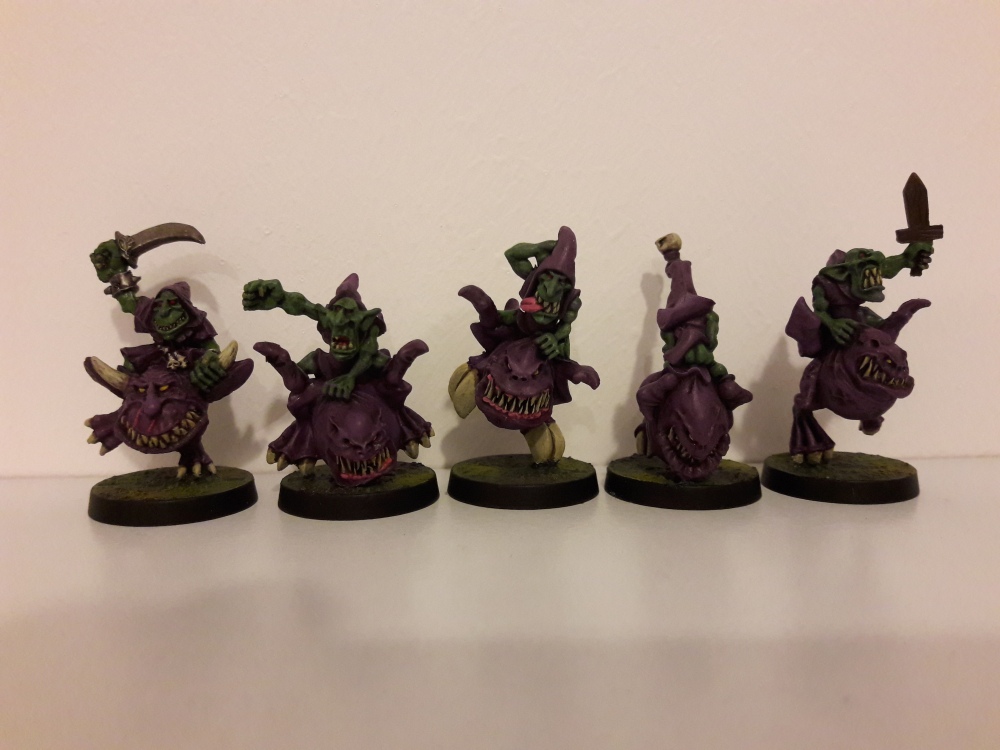 After getting those out of the way, my order of new Gloomspite Gitz models arrived at the weekend. I ordered the Battletome and one box of everything (bar Skragrott – as I don’t really do named characters), and I managed to get them all built over weekend. Then it decided to rain for a few days, so I couldn’t get them undercoated till yesterday. They’re all purple and ready for painting now, which is both a relief and intimidating at the same time.

I decided that it’d be fun to attempt to paint one of everything new for comparison purposes, so that’s what I did! I assembled the two new units (Boingrot Bounderz and Sporesplatta Fanatics) as I’ve got already got some Squig Hoppers and Loonsmasha Fanatics. The sprues seemed tiny, and they were lots of fiddly little bits, but the models look great. 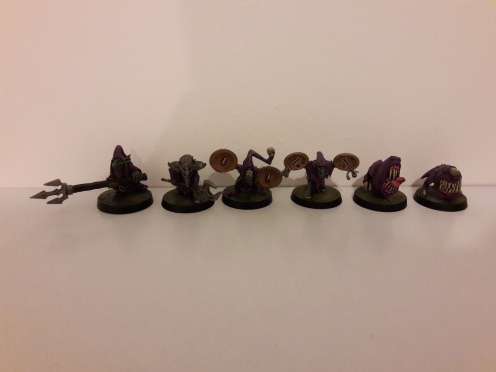 For the Boingrot Bounderz and Squigs, I deliberately picked models that were closest to the ground, as some of the more dynamic/leaping poses add false height to the models. I’d say that the Squigs that the new Hoppers ride are a bit bigger than the old ones, whereas the general Squigs are roughly the same size. It was certainly a change going from single piece resin Squigs to multi-part plastic Squigs (5-7 pieces each)!

I also painted Mork’s Mighty Mushroom – just because I wanted to! Here’s my recipe, for anyone who’s interested:

Next week, I’m hoping to get something else painted before my Mangler and Gobbapalooza arrive, as I don’t imagine they’ll stay in their boxes for very long…

3 thoughts on “Compare the Moonclan.”