Posted on January 25, 2019 by theactualcolin

Greetings, fellow humans! This week, I have mostly been painting Squigs. 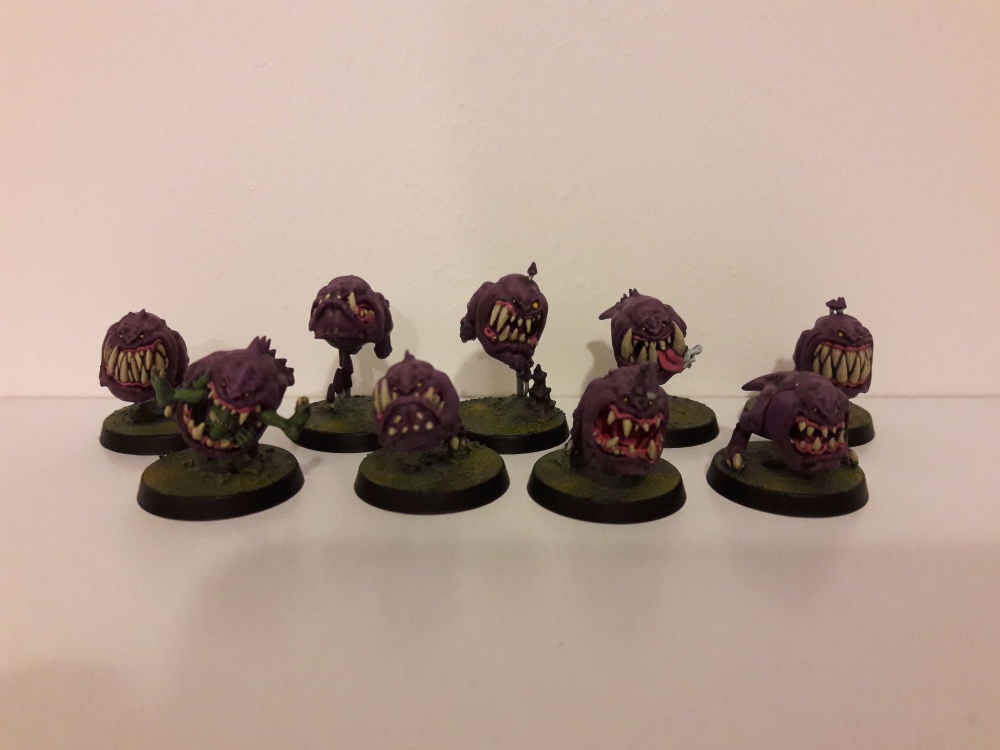 As with their resin counterparts, these little guys were a lot of fun to paint. They had a few more details (like the mushrooms on their bases), but they were still quick and easy to paint. They should look good mixed in with the old Squigs, and the ragtag look is very fitting for a Destruction army.

I did manage to get my Mangler and Gobbapalooza built over the weekend, but unfortunately the weather’s been far too crummy this week to get them undercoated. The Mangler is an impressive feat of engineering – with the tiniest of connection points holding them in place but still keeping balance. The Gobbapalooza are fantastic models too, and come with a variety of optional little bits to adorn their bases. It may only be January, but I think that Boggleye has got to be a contender for model of the year.

On the subject of the Gobbapalooza, I’ve always thought that plastic character boxes were a great idea, and I hope that GW make more of them in the future. The models are fantastic, there’s much less restriction in terms of sprue space/component placement, and they’re relatively great value for money – with each Gobbo only costing 40% of what a Loonboss costs! It’s probably a safer bet to bundle less popular characters in with more popular ones too, and I could also see it working for named characters when they need an update from resin to plastic.

Actually, I think I’ll send an email to GW about this. An Ork Oddboyz pack, or a pack with a plastic Badrukk, Snikrot and Zagstruk would be great; as would a box with a few plastic Phoenix Lords, or some Age of Sigmar packs with a hero, a wizard and a support character…

4 thoughts on “Getting Squiggy with it”