Greetings, fellow humans! This week, I have mostly been painting a Squignado! I finished the last two of my Boingrot Bounderz too, so I got picture of them all together for scale purposes. 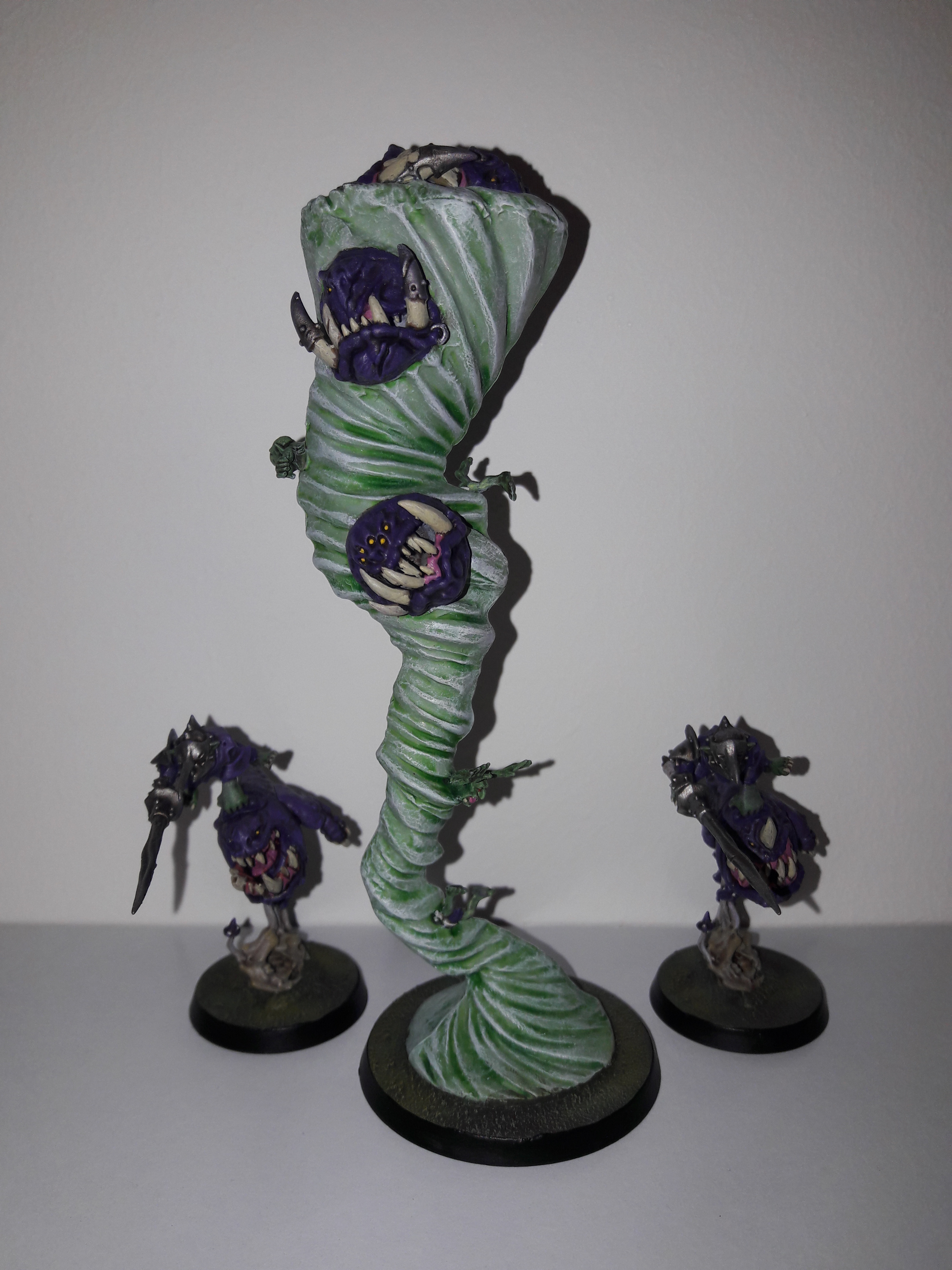 Having painted up all of my Endless Spells, I decided that the Malevolent Moon would make a great marker for the position of the Bad Moon as part of the Bad Moon Rises Allegiance Ability/Battle Trait. After all, it’s a funky looking Bad Moon. As a result though, I needed a substitute Malevolent Moon for use as the actual Endless Spell. My first thought was to buy another box of Squigs or Squig Hoppers, and stick them together on a bigger base in a towering, Squiggy pyramid formation (much like Nurgling bases). Squigs can cause Mortal Wounds, and some of them can fly, so they seemed to fit the bill in terms of the rules.

As I was putting things away in my bitz box after building all of the new kits however, I set aside my spare Squig bits. Between one box each of Squigs and Squig Hoppers, I had four spare Squig faces. A quick check on the GW website later confirmed that the Balewind Vortex conveniently has four skulls modelled onto it. I also had a few odd bits of Mangler face leftover too, so that was the replacement for the top piece sorted. A root around my office yielded an unused 50mm round base to match the Malevolent Moon’s, so I was in business! 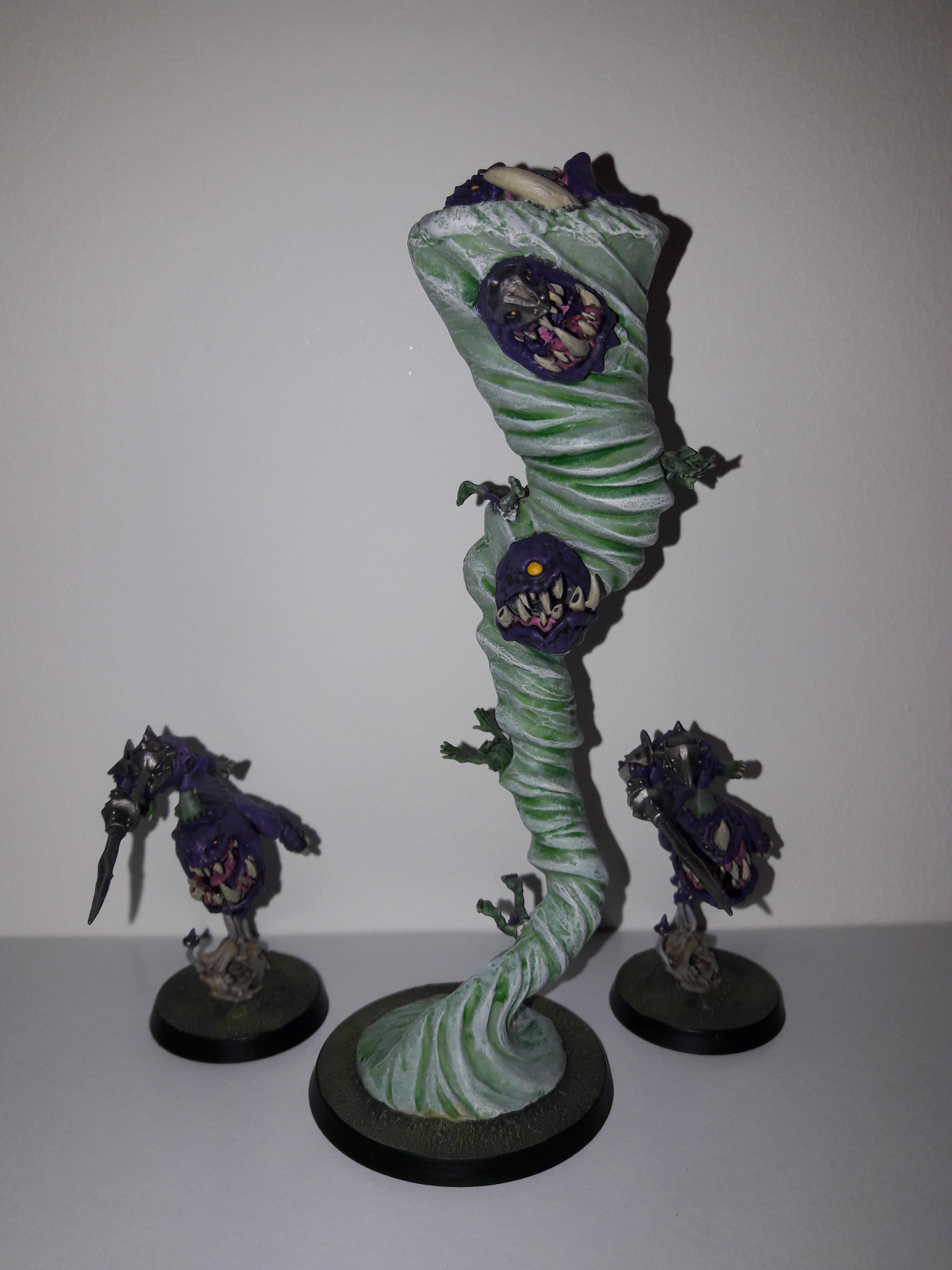 I started by clipping the four skulls off and replacing them with the Squig faces, then I filled in the gaps with Green Stuff. The Mangler bits that I had didn’t match up exactly, so I had to do a bit of dentistry to get things to align. This got plonked on the top, and then I set about covering the flat area on top with some Green Stuff and trying to match it fit in with the shape of the vortex. I’m no expert when it comes to Green Stuff, but I thought it was passable at least. The Mangler face was going to be the focal point of the top anyway, so I wasn’t too concerned.

Finally, I chopped some spare Snotlings in half and dotted them around to break things up a bit. They’re tiny, so it made sense that they could get sucked up too! Painting the Squignado was super easy, as it’s just a big magic funnel with a few Squigs (and Snotlings) poking out of it. Here’s a link to my recipe for anybody interested.

Overall, I’m really pleased with how it’s turned out, and I’m looking forward to using it in our games. In terms of the rules, I think it fits really well. In addition to the Mortal Wounds and flying mentioned above, it makes perfect sense that the proximity of a Squignado would make enemy wizards less likely to successfully cast their spells. It’s a magical vortex full of Squigs! If that doesn’t put you off, I don’t know what will…