Greetings, fellow humans! This week, I have mostly been re-basing the rest of my retro Goff Kill Team. 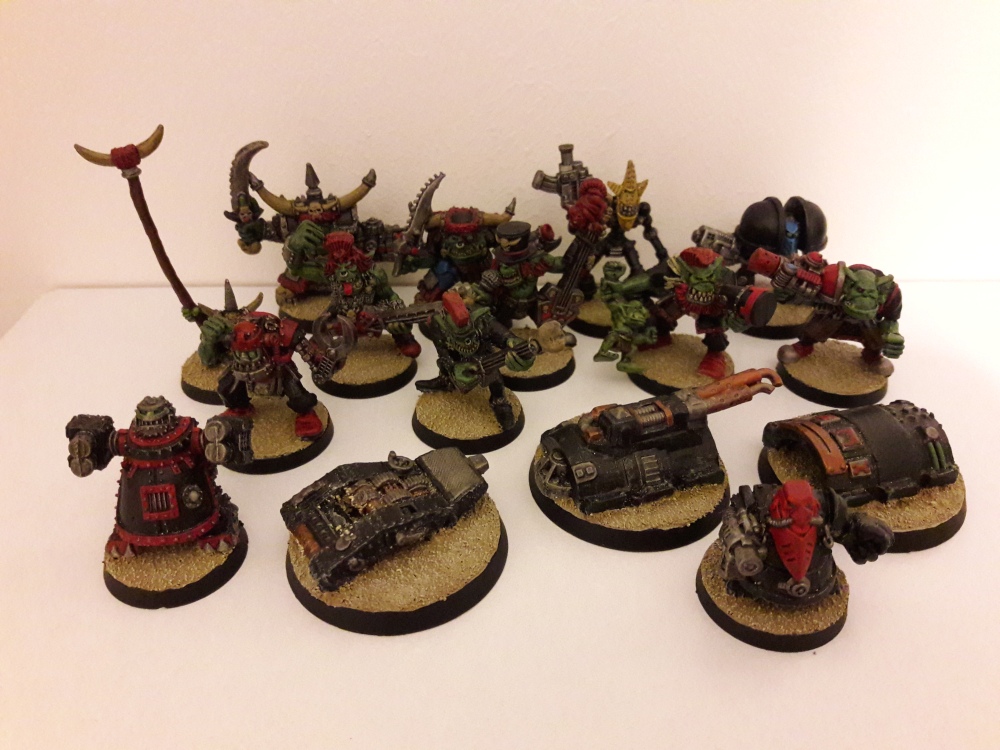 It’s not the most exciting of updates, but I thought that I might as well strike while the iron was hot, and get all of their bases aligned. I think that they look much better now, so I’m glad that I did it. I’m hoping that they’ll go nicely with some of the more desert-y Kill Team boards when we get around to playing it some more.

Speaking of which, I decided to look into getting myself some Killzones recently. Unfortunately, the majority of them appear to be out of print, which is most annoying. On the positive side though, I’ve got a copy of Speed Freeks, and putting together two of the boards from that is roughly the same size as a Killzone. As an Ork player, I suppose that it makes sense to play on my home turf, so I’ll have to get my Mekboy Workshop and barricades/piles of scrap painted up to go with it. I’ll most likely add in the Galvanic Servohaulers from the Krogskull’s Boyz starter set too.

Now that my Kill Team is out of the way for the time being however, I’ll definitely get back to some Squigs next week…