Greetings, fellow humans! This week, I have mostly been painting Squigs again. It’s been well over a month since I last painted some Gloomspite Gitz, and I’m back in the painting mood now. I was going more for The Warriors than The Mock Turtles with this week’s title, but interpret it however you want. 🙂 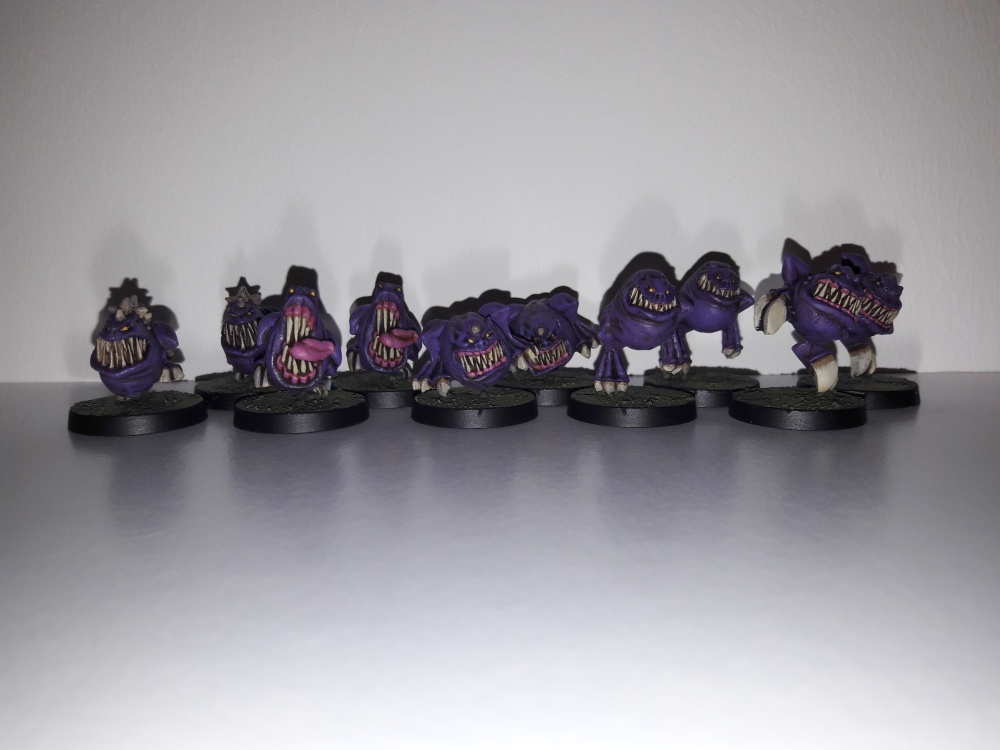 I snapped a picture of them with their twins that I painted back in January to prove that they’re not the exact same models! Even though these old resin sculpts are almost 20 years old, they’re still incredibly characterful, and sit nicely alongside the new plastic sculpts. The fact that they were all single-piece sculpts only makes me like them more, as they were super quick/easy to assemble! The only problem is that the more ‘bouncy’ poses are a bit flimsy where their claws meet their base. A bit of foam padding should see them arrive safely in the Aaronorium though.

I’ve got another 10 Squigs left to paint, and then that’ll be all of my Squig Herds finished. In total, I’ll have 6 Herders and 30 Squigs, in a mixture of old resin and new plastic. While six small units of 6 could be fun (and rather chaotic), I’ll most likely opt for three units of 12, or one unit of 12 and a bigger unit of 24. They’re Battleline units too, which means that I can potentially max out on them and have all sorts of other crazy units to make up my points.

Next week, I’m aiming to get my last 10 Squigs painted. They’re totally Gnarly…