Greetings, fellow humans! This week, I have mostly been painting some more of my Gobbapalooza. After painting last week’s Boggeleye on its own, I tackled two models this week. I didn’t quite manage to get them finished though, so here’s a WIP shot of the pair of them basecoated and washed. 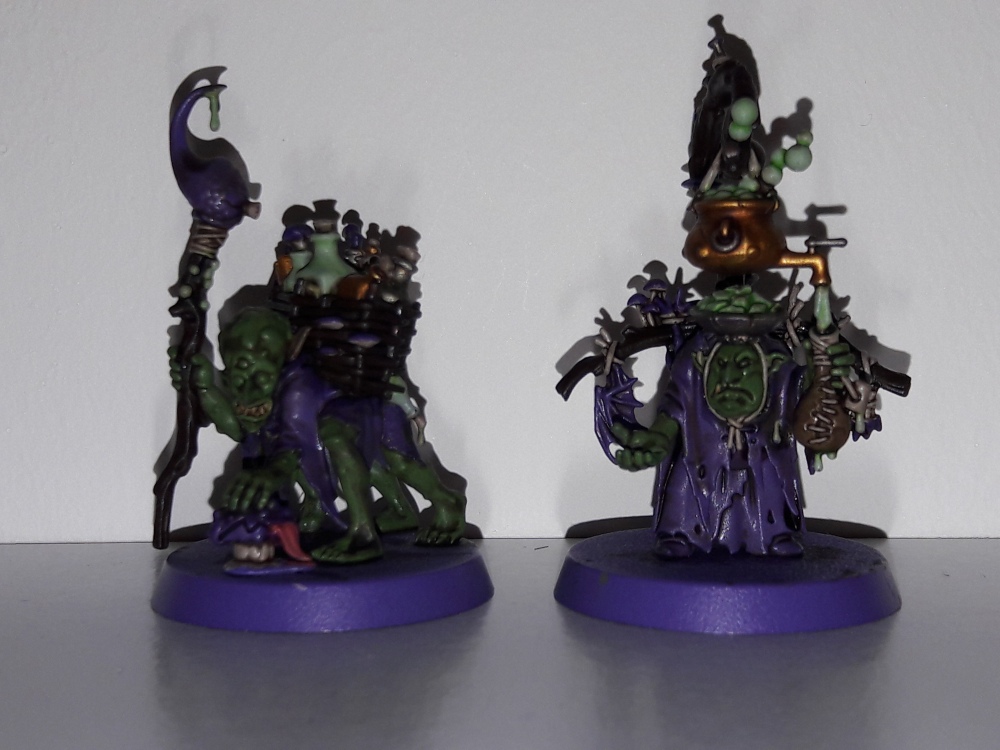 I picked these two as they’ve both got a bunch of bottles and a fair amount of wood to paint, so I figured that they’d be good to batch paint. They’re both incredibly detailed though, and some places would have been easier to reach had I not glued them. I’ve painted al of the ‘fire’ and ‘potion’ effects in my usual ethereal green Waaagh! energy/magic style, which is a Celestra Grey base, followed by a Waywatcher Green glaze and then a White Scar drybrush.

In game terms, these guys both provide buffs to friendly units (Spiker) or heroes (Brewgit). I’ll probably try to keep Spiker near to a unit of Stabbas and Brewgit near to my Loonboss, and in turn keep the Stabbas close to the Loonboss to benefit from his Command Ability. The combo could potentially make a bunch of regular Gobbos fairly threatening in terms of damage output. They’re still fairly squishy though, so I won’t base my battle plans around pulling off any massacres.

Next week, I’ll finish these guys off and hopefully make a start on my final two Gobbos…