Greetings, fellow humans! This week, I have mostly been focusing on my Bad Moons. 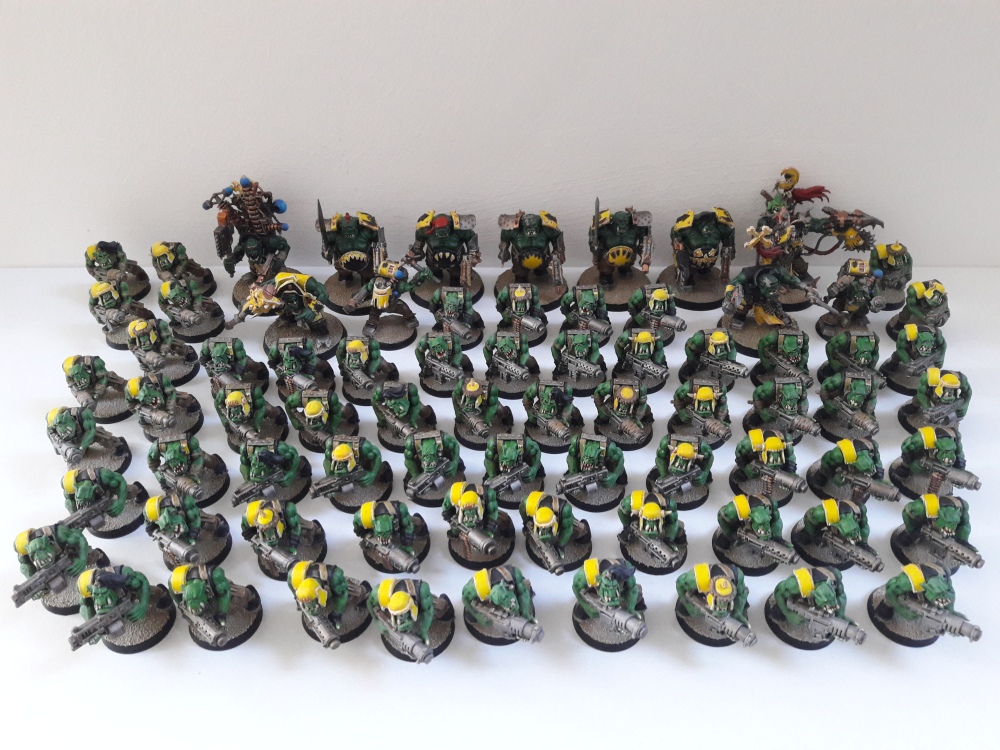 These guys are currently the biggest of my three main Ork armies. After my Deathskulls army had one of everything, I decided to start a Bad Moons army based around the Apocalypse formations at the time.

My Warboss is Gashrakk da Flash, as featured in the ‘Warbands of Waaagh! Grukk’ lore from the previous (7th edition) Ork codex:

He was going to lead my Boyz to make up the Apocalypse Green Tide formation (100+ Boyz led by a Warboss), but I tend to run them in mobs of 20 or 30 Boyz instead. They’re all from the 5th edition Assault on Black Reach starter set, but they’ve had their Sluggas and Choppas replaced with Shootas.

The 5 big guys at the back were originally going to count as Warbosses for the Apocalypse Bully Boyz formation (5 Nobz mobs led by Warbosses), but I now tend to count them as Flash Gitz. They’re Ogre Bulls with 2nd edition Bolters, Dread/Kan armour plates for shoulder pads, and Flash Gitz heads.

But that’s not all! Next week, I’ll be sharing more of my Bad Moons…