Greetings, fellow humans! This week, I have mostly been focusing on my Flash Gitz HQ.

I got a box of Flash Gitz for Christmas the year they came out, and as I already had a mob at the time (see below), I decided to put them to use as HQ choices instead.

I had a lot of fun converting these, and had a good raid of my various bitz boxes to give them the appropriate looking equipment.

As for the Flash Gitz mob that I had back then, if we take a step back in time to 4th edition, I converted a mob of Deathskull Flash Gitz. Between 3rd and 4th they changed from Boyz to Nobz in terms of stats, so I made them using Black Orcs (now Ironjawz ‘Ardboys) with kombi-weapons from the Nobz kit and some 2nd edition plasma/melta guns (from the 2n edition Ork bolter sprue). I don’t have them any more, but I’ve still got a picture. I was quite pleased with them at the time. 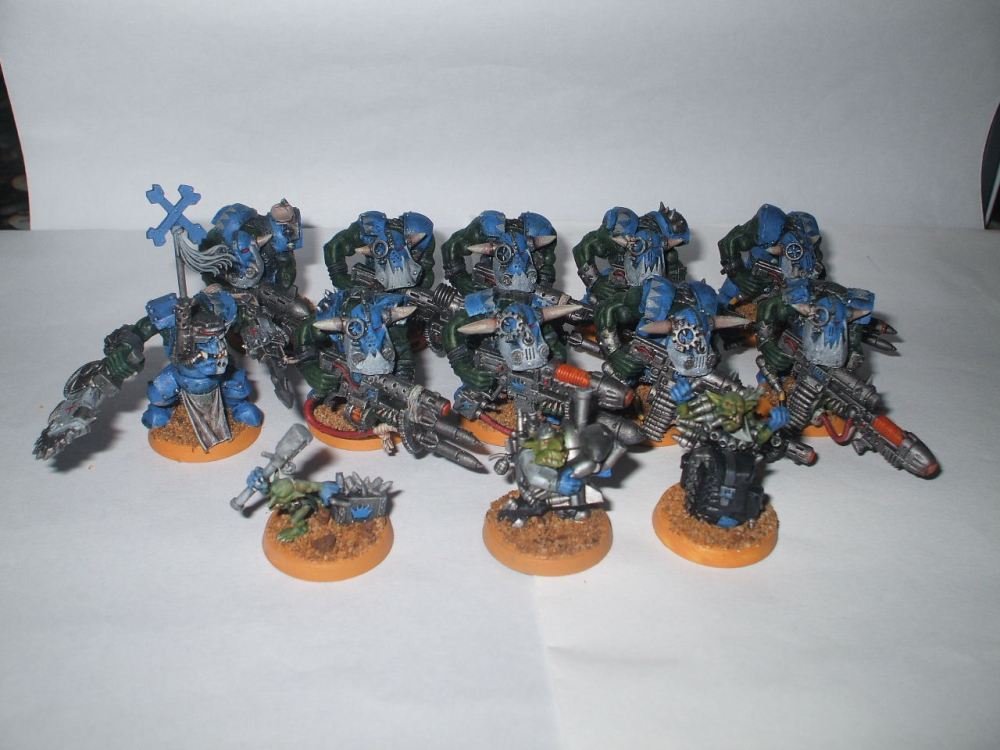 Next week, I’ll be getting back to my Gobbos…