Posted on November 22, 2019 by theactualcolin

Greetings, fellow humans! This week, I have mostly been painting my Mangler Squigs. 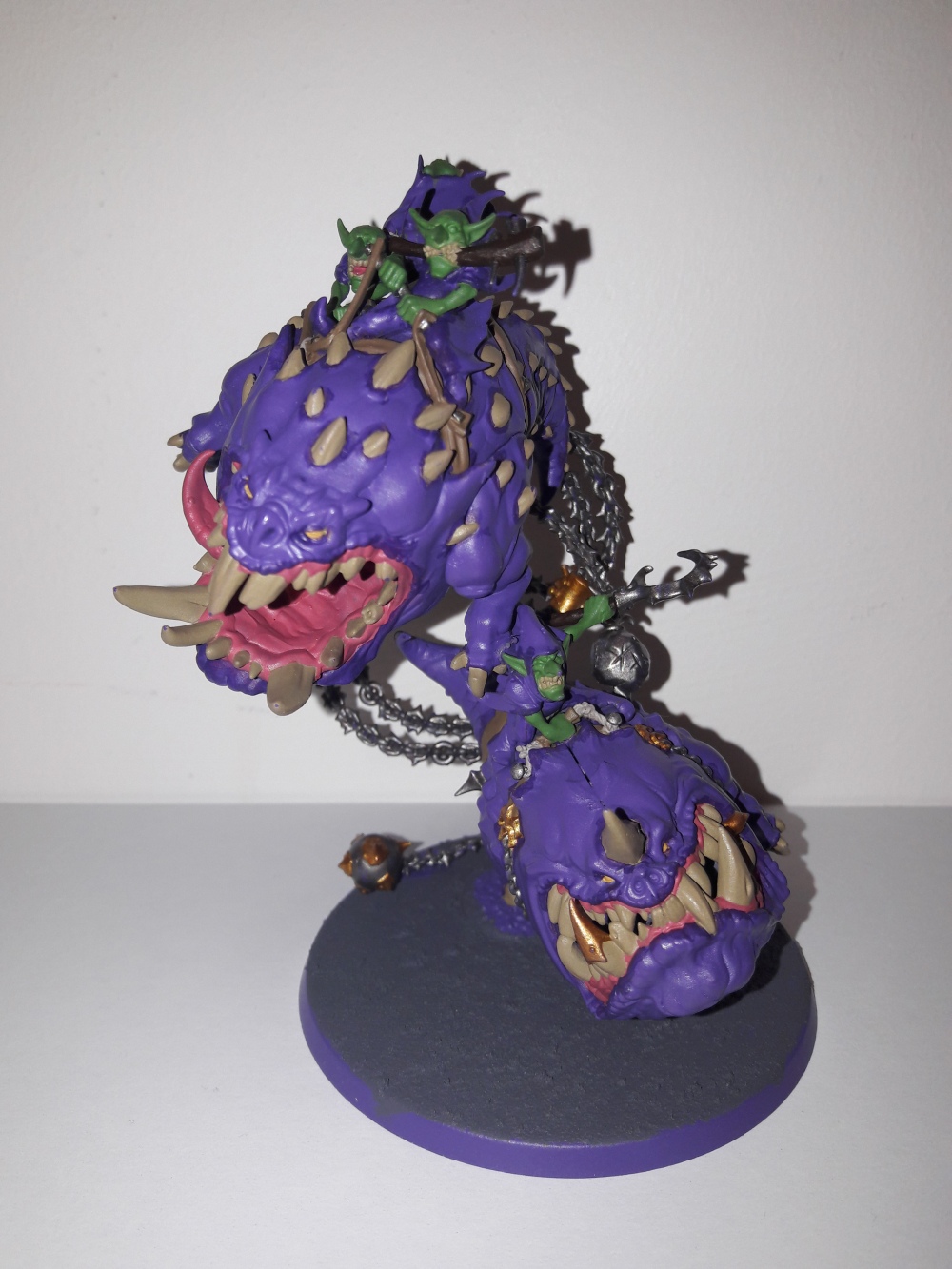 Unfortunately, I knocked it off my table just after I built it, and it snapped off its base. Thankfully though, it was a clean break, so it should be easy enough to repair. I decided to keep it detached for painting purposes though, so it worked out quite well in that respect. With the model being mostly Squigs, the basecoat went a long way towards blocking out the basic colours!

I also think that with a bit of converting (and another base) that the kit could potentially make a pair of Squig Gobbas. The individual Mangler Squigs aren’t too dissimilar in size to Squig Gobbas (only a little bit smaller), so you could save a chunk of change if you didn’t mind putting a bit of work in. Although, the Forge World model is lovely, so you could always convert up a pair to go with it for a terrifying trifecta of Squig Gobbas!

I’m off to the Aaronorium next weekend, so hopefully I’ll have it finished in time for me to take it over…