Posted on November 28, 2019 by theactualcolin

Greetings, fellow humans! This week, I have mostly been finishing off my Mangler Squigs.

Being able to get at the underneath of things certainly made life easier, so I’ll keep that in mind the next time that I’ve got a large model to assemble/paint.

I also thought that I’d take the opportunity to get a Squig family portrait while I was at it, so here are my biggest Squigs lined up, Usual Suspects-style. 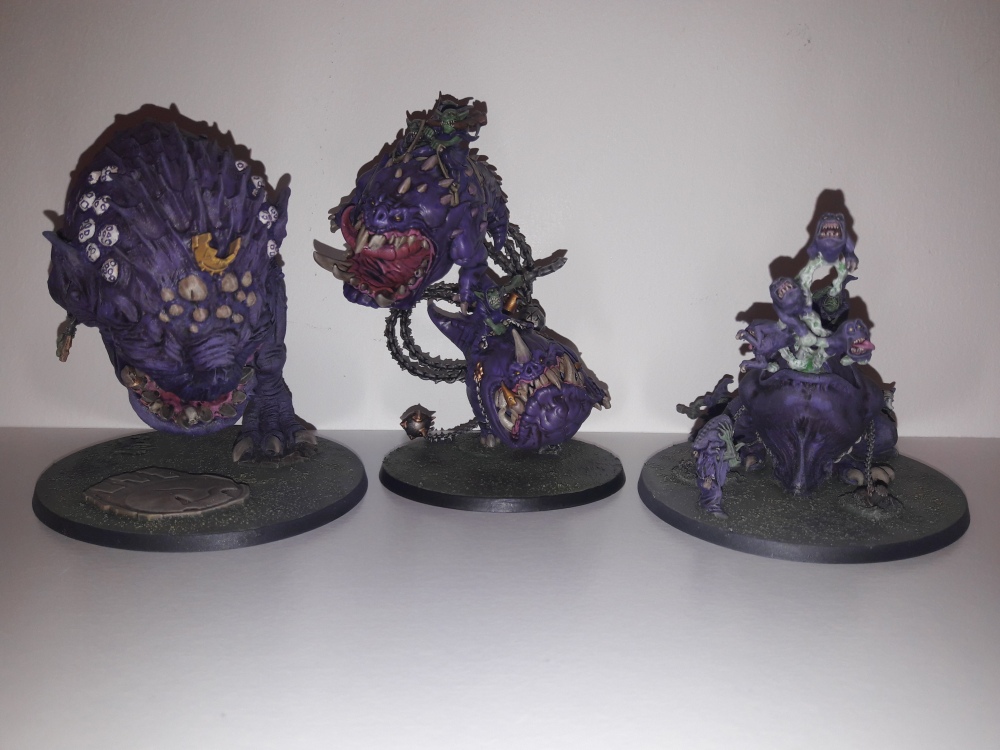 As the name suggests, the Colossal Squig (King Ognob) is the biggest of the bunch in terms of sheer bulk, but the pair of Mangler Squigs are ever so slightly taller due to their Squiggy pyramid shenanigans. I’m planning to put them all in a case with plenty of padding, so they should survive their journey to the Aaronorium intact.

Speaking of which, I’m off to the Aaronorium this weekend, so I should have several battle reports to post up over the next few weeks. Hopefully, I might even win some of them…