Hey, folks. It’s been a while. I spent all of July painting terrain, and that SUCKED, so I haven’t painted anything since. But we had a Meeting Engagement weekend back at the start of December, and that got us all back in the mood for hobbying, so here we are in 2020.

Over that weekend we mused at what would be a fun collective thing for all four of us to do in the new year, and after bandying about a few ideas we decided that the new Slaves to Darkness book was the perfect excuse to do a “proper” Path to Glory campaign, with only Chaos warbands.

Now, the nature of us all only being able to physically get together a couple of time a year means we won’t be able to play games and add to our armies as they grow, as you would get in a regular Path to Glory, but the broad plan is that we build our starting warbands, get together for a weekend of gaming sometime around Easter, and then go away and do a few more units that we can use to level up our warbands for the next time we meet up.

We’re going to focus on getting one new unit ready every month, so with the four of us posting that should be a steady stream of roughly weekly updates, and should hopefully kick this blog back into life (Colin’s impressive efforts notwithstanding). You can expect my posts in the second half of the month, and I’m hoping to do a little bit of background and maybe a painting tutorial to go with each unit so that there’s a bit more going on than just building a new army. The other three will break down their own warbands in due course, but lemme give you a little bit of info about mine.

I’ve picked the new Slaves to Darkness as my chosen champions of the dark gods. The new models in the Start Collecting! box are gorgeous, and I’m honestly glad that I had a good excuse to pick them up. I’m a big fan of a lot of the Warcry models too, and while I don’t think I’d ever have the stamina to paint a whole army of them, I think I’ll probably be including a couple of my favourite choices further down the road.

My warband’s champion will be the Chaos Lord on Krakadrak (yes, I know it’s Karkadrak, but Krakadrak is more fun to say). I’m gonna paint that big fella up over January, and then follow him up with the Chaos Knights for 2 (of the 3) follower rolls, and 5 Chaos Warriors for the last one. And I might paint the last 5 just for fun. In fact, I’ve already got the Lord’s head painted up, so here’s a little sneak peek to start us all off. 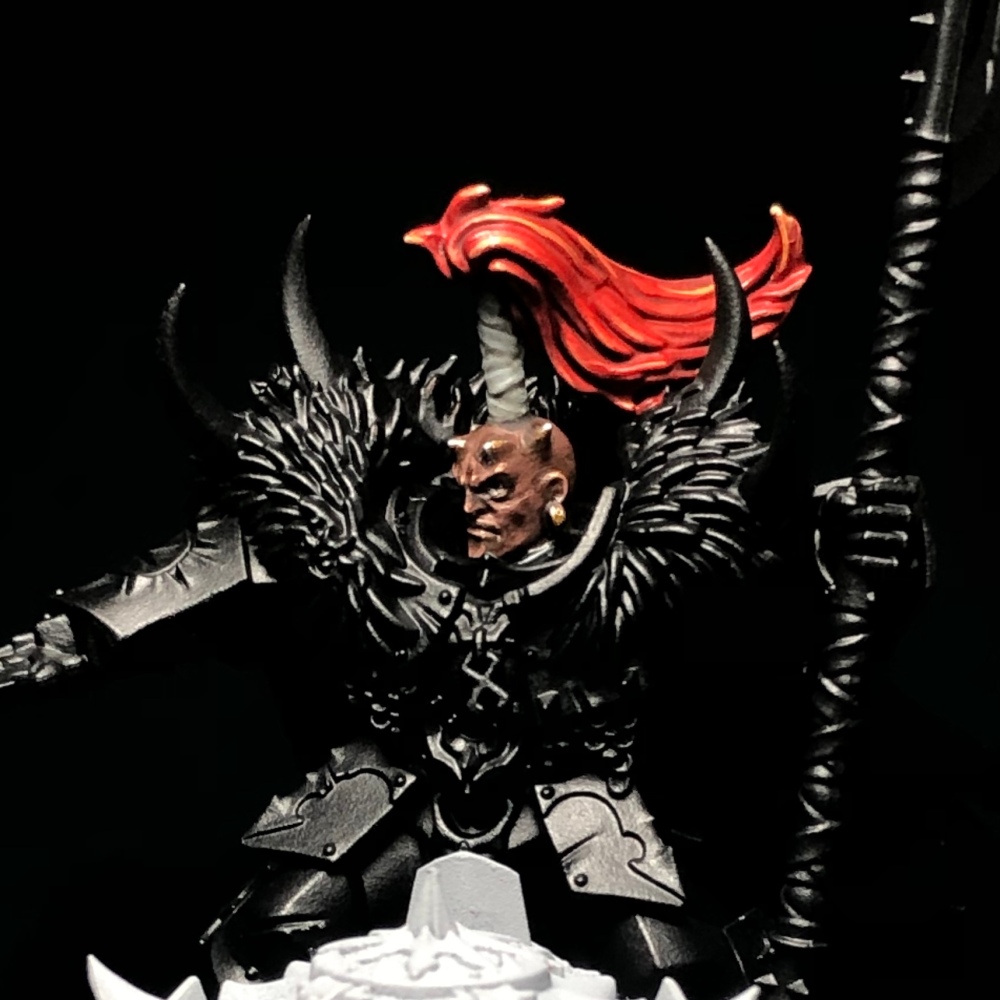 I also wrote a little bit of flavour text, from my Lord’s perspective, to set the scene for my warband and how it sees itself in relation to the other warbands and its place in the conflict.

Long have my people lived on the vast plains of Ghur. The seers tell of how our ancestors, many generations ago, settled these lands during the Age of Conquest. How they raised shining towers and built proud temples to the Four. How they tilled the hard earth and tamed the great beasts that roam this savage realm. And as their great civilisation grew, in their arrogance they forgot the gods, and the once mighty temples were dwarfed by monuments to their own vain accomplishment.

Then one dark day, the god-men of Sigmar fell from the skies on pillars of lightning. We cried out to the four gods for aid, but they turned their ears from us. The lightning-men razed our great cities, threw down our temples, and chased the miserable remnants of those who dared to fight into the desolate wilds. And as quickly as they struck they were gone again, leaving us dazed survivors to crawl from our holes to bury our dead and pick through the scorched remains of our homes.

We are little more than nomads now, scavenging amongst the ruins of our grand palaces that lie half-buried under the drifting sands, wandering knights of a once great empire. Some of us have even returned to the ways of our ancestors, casting aside armour and blade to face nature as untamed savages. And we have learned to pray again, and in their mercy the gods have seen fit to return their blessings to us. But new invaders threaten our borders. Heretics, mutants and monsters that would claim our land as their own. But we will fight them, and we will prevail, for only the righteous can walk the path to glory.

Cause you’re never the bad guys in your own story, right?

So that’s the plan for 2020 (or the first half, at least). I’m looking forward to doing something creative again, and hopefully getting a bit more gaming in. 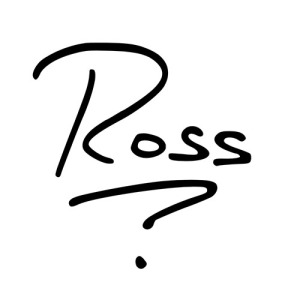