Posted on April 2, 2020 by theactualcolin

Greetings, fellow humans! This month, I have mostly been painting Chaswassers again. Things have been a bit all over the place given the current global situation, but in between sorting out emergent real life tasks (like cancelling holidays and arranging childcare) I’ve managed to finish the last five models of my first unit. 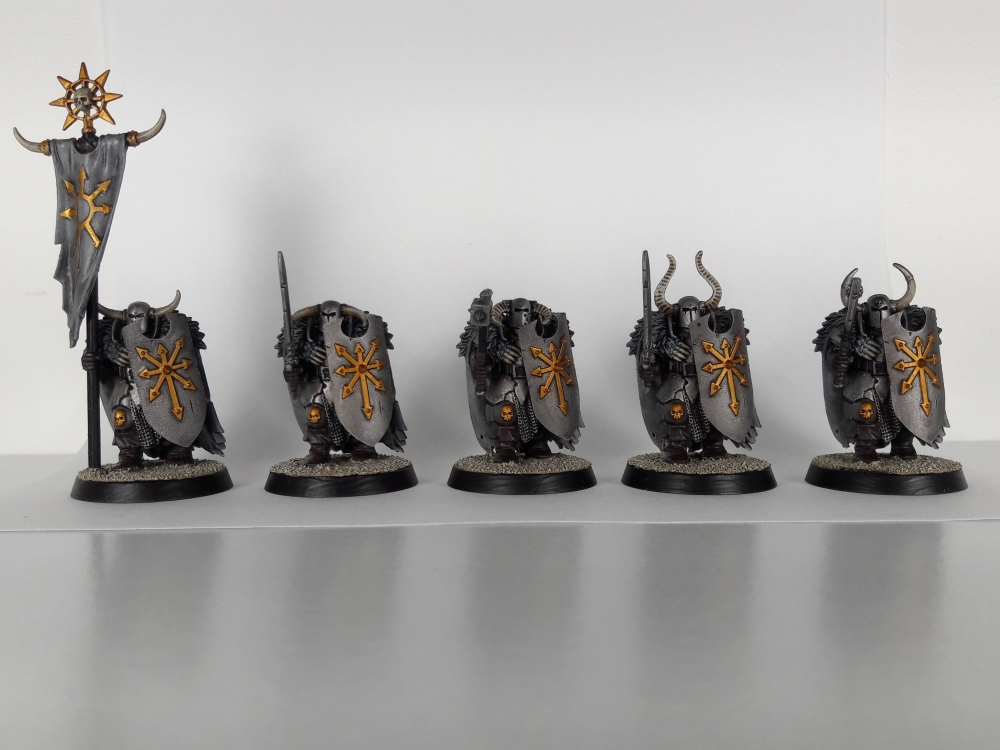 When I assemble my second unit (also of twenty), I’ll give them two hand weapons for variety. It’ll also help me tell them apart at a glance if they pile in together – shields or no shields. I realise that sounds a bit like a well-known daytime TV show, but I think these guys care little for red boxes and bankers.

Before I get round to more footsloggers though, I’m hoping to get started on some Knights next month. Despite repeatedly being on the receiving end of Ross’ lances last month, I’ve decided to assemble mine with hand weapons instead. They won’t hit as hard on the charge, but on paper they appear to be better all-rounders, and if they’re going to be tying up enemy units then I think they’d be best doing more consistent damage instead of hitting hard and then softening up.

On a greener note, I picked up a box of old, resin Squig Hoppers to boost my current unit from five to ten. Undercoating them purple meant that they were nice and quick to paint, and my unit is now twice the threat that they were before! They’d best be careful bouncing on Chaos Warriors though, as they’re rather pointy.

4 thoughts on “Flagging behind.”